Coming off of the success of her latest short film "Cake," which screened at 38 film festivals and took home nine awards, director and Mayfield native Anne Hu is returning to Cleveland to shoot her new project, "Lunchbox."

The inspiration for “Lunchbox” came when Hu came across a video titled "Lunchbox Moment" on her Facebook feed. A "lunchbox moment" can be described as a shared experience among Asian-American children who are judged or bullied for cultural foods brought to school in their lunchbox, often leading them to be ungrateful for their lunch's cultural heritage. What made this video stand out to Hu was its conclusion. After participants shared their "lunchbox moment," they reconciled with their parents, apologizing for pushing their heritage away and thanking them for their hard work.

"I was bawling my eyes out wishing I could tell my mom what all these other people got to tell their parents," said Hu. "My mom passed away when I was 20. I was still growing and hadn't gotten to the point in my life where I fully embraced my identity as a Taiwanese-American woman and could be grateful for everything my parents did for me." 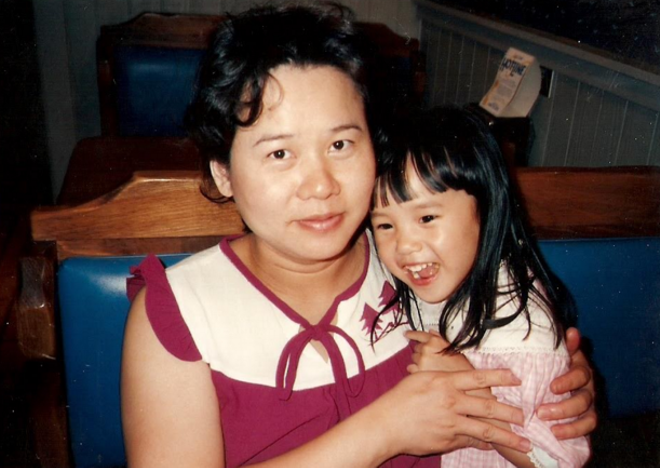 After finishing the video, Hu sat down and wrote the entire draft. The short film will follow an adult Hu as she packs her own child's lunch, reflects on her childhood, and struggles to forgive herself for pushing her mother away.

"Art and storytelling were always in my blood," said Hu. "My mom loved the arts, but she didn't have the opportunity as a child to do the things she wanted to do. Growing up, she gave my sisters and me the opportunities she never had."

"If something touches me really strongly, it's got to touch someone else just as strongly," said Hu. The film's crowdfunding site opened on June 21, and within two days made 80% of its original goal. They're now in stretch goal territory and looking to cover post-production editing, scoring, marketing, and film festival entry. You can get involved by donating to the crowdfund, auditioning to be in the film (no experience needed), or contributing some of the harder-to-find props, like Mayfield High School letterman jackets, cars from the 90s, or a kitchen from the 80s.

"This is a love letter to my mother," Hu said. "I didn't appreciate her enough growing up. There are so many things I wish I could express to her that I hope come through in the film."