1330 on the River, Compass Lounge to Open This Summer in Former East End Space in the Flats 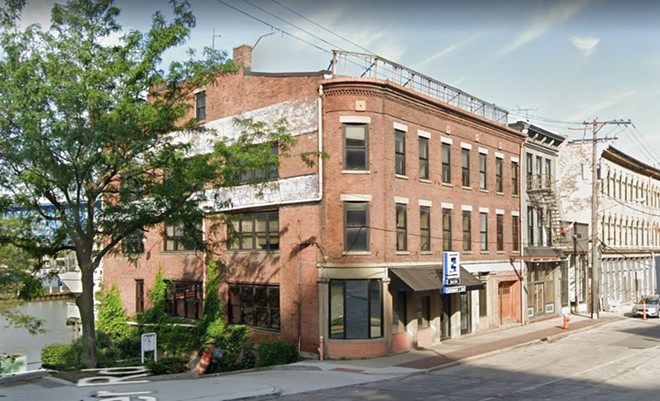 Last year, chef Zaman Khan took over the former East End property in the Flats and reopened the restaurant in late 2020 as 1330 on the River. One week later, a fire forced the restaurant to close its doors.

“It was an amazing week,” Khan says. “We were busy as heck. Honestly, as a chef and a restaurant owner, that was one of the best, easiest, happiest weeks of my life.”

Instead of brooding, Khan and his partners used the down time to redesign the interior, rebuild the riverside patio and gear up for a fresh start. That will take place in mid to late August. When the work is completed, the building will house two separate but complementary concepts, the restaurant on the main floor and Compass Lounge, “a speakeasy with bites, cocktails and cigars” on the lower level. Both will enjoy views of the Cuyahoga River.

“It’s going to be extravagant,” he says. “It will be a two-story patio with garage doors on the lower level and a pergola up top. There will be room for four boats to dock up on the new patio.”

Khan, who goes by the name Zeek, opened his first restaurant, Zeeks on Sixth, in Austin. He prides himself not only on the food he prepares, but the atmosphere he creates and provides for his guests.

“I like liveliness,” he says. “I come from the City of Music, so I want to provide an electric feel with music and neon-vibrant vibes throughout the restaurant at night, but during the day it’s more moderate, rustic and homey. The moods and atmosphere that we provide will change throughout the day and night.”

Khan says that he was attracted to the project because of the location, which fits into his overall concept, something he describes as “Southern hospitality with a West Coast cuisine.”

“First things first was the incredible waterfront view, and being right next to the park kind of pulled it all in together for the type of cuisine that I do,” he explains. “We’re a scratch kitchen, we don’t use any frozen meats."

1330 on the River (1330 Old River Rd.) will serve dinner and weekend brunch. Those who managed to dine there during that one glorious week last October will be familiar with the menu. Items featured back then include meat and cheese boards, Rueben sliders, bacon-wrapped figs, seasonal salads, BBQ burger with onion rings, grilled salmon with jasmine rice and grilled lamb chops with asparagus.

Guests headed for the cocktail bar will pass through a pair of large wooden doors on the front of the building that lead to an elevator, where an operator will take them down to the lower level. Diners will also be able to venture downstairs from inside the restaurant.

Bites 1330 on the river east end the flats