Cilantro Taqueria Will Open its Fourth Location in North Olmsted 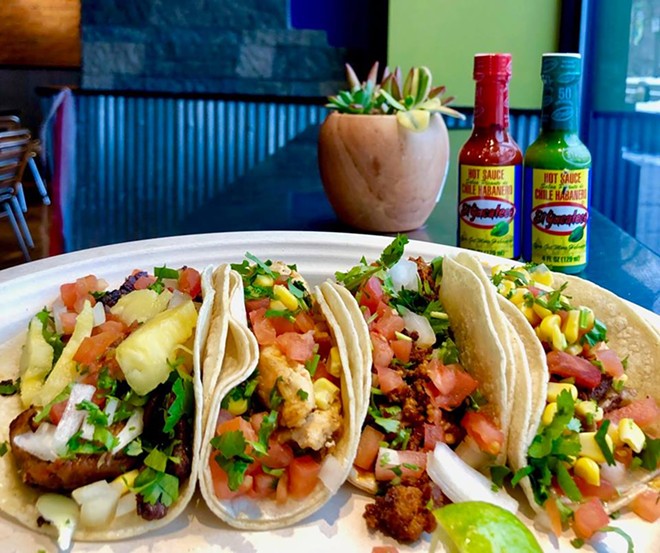 It has been only two and a half years since Cilantro Taqueria arrived on the scene, taking over a former Chipotle location on Coventry and making a splash with its fresh Cal-Mex offerings. Back then, owners Raul Carrillo and Alex Galindo told Scene that they had big plans, with hopes of expanding not just around Northeast Ohio, but even out of state.

Cilantro Taqueria number 4 will open in a former Starbucks building at
24950 Lorain Rd. As at other locations, this new spot will offer excellent tacos, tortas, burritos and bowls, but also appetizers like chips and salsa and queso fundido.

“I think our food has a more authentic taste to it,” spokesperson Rey Galindo told Scene. “We do have the tacos that people load up, but also if you just want it the Mexican way with the tortilla, meat, cilantro, onion and salsa, you can.”