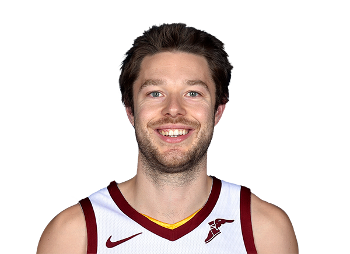 Cavs fan favorite Matthew Dellavedova, who spent much of the 2020-2021 season sidelined with weird, nagging injuries, has signed a multi-year contract with the National Basketball League of Australia (NBL), ESPN and others have reported. Assuming he's not picked up by an NBA team this offseason, Delly will play for the Melbourne United in his home state of Victoria next year.

The Cavs' veteran backup point guard, a pesky defender and integral piece of the 2016 championship run, was an unrestricted free agent this offseason. When it became clear that the Cavs weren't interested in re-signing him, Delly, who will suit up with the Australian national team during the Tokyo Olympics this summer, opted to return home.

Delly will go down in history as a Cleveland folk hero. The exhaustion-dehydration game in 2015, resulting in Delly's hospitalization, is an all-time great gritty performance, no doubt used as motivational fuel by youth coaches across the region.

Statistically, Delly's numbers waned in his second stint with the Cavs, as he aged and tinkered with an already unorthodox jump shot. His 288 career three-pointers with the team is nevertheless good for #15 on the franchise leaderboard. A heady, unselfish point guard, Delly's 1,118 total assists with the Cavs put him just outside the top 20 all-time. His alley-oops with running mate Tristan Thompson were, fleetingly, one of the most automatic buckets in the NBA.

Per ESPN, Delly's deal with Melbourne United is for three years, and he's expected to step into the starting point guard role. The contract, however, is structured to allow him to explore his free agency options in the NBA.

I want to thank the club for being flexible and giving me the opportunity to explore NBA opportunities in free agency.

Melbourne is close to family and my hometown of Maryborough, and I have always wanted to come back here and play at some point.