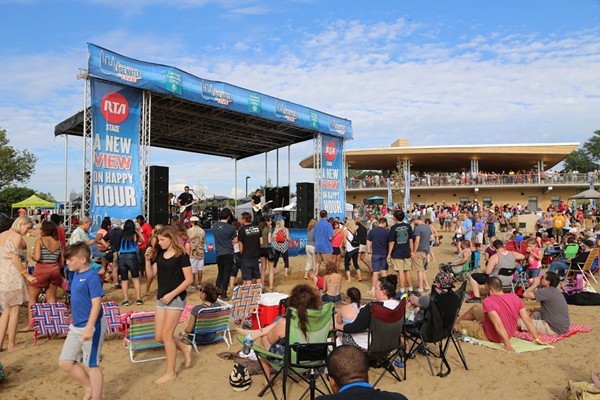 With temperatures across Ohio soaring through the 80s and 90s, many locals are looking for ways to cool off in the summer heat. Many take advantage of the beaches dotting Lake Erie.

According to a new report, they're not as clean as you think.

The Environment America Research and Policy Center recently released the 2021 edition of their “Safe for Swimming” report, where they summarize fecal contamination testing results at over 3,000 United States beaches.

Their research concluded that more than one in every ten beaches surveyed had potentially unsafe water on at least 25% of days tested in 2020, and more than half of all beaches reviewed were unsafe on at least one day. The study tested water from beaches for fecal contamination over a period of days and noted when levels surpassed EPA standards.

At the 54 beaches in Ohio that the study tested, they found 49 beaches to have unsafe water on at least one day. Fourteen beaches were potentially hazardous on 25% of days tested.

Here are some of the most contaminated beaches in Ohio:

Harmful algae blooms and fecal contamination in Lake Erie come from rivers overfeeding the lake with nutrients like phosphorus. Since the 1970s, US rules have issued regulations on sewage treatment plants to reduce discharged nutrients. Still, loopholes in the Clean Water Act leave farms and agriculture operations without much oversight giving the power to states to regulate fertilizer and manure runoff.

Ohio state legislators could set legally enforceable limits on phosphorus in Lake Erie or ban farmers from using more fertilizer than their plants need, but they haven’t. In fact, Ohio barely tracks the issue and has no phosphorus caps on most farms. In 2015, Ohio’s legislature passed a bill to prohibit fertilizer use on frozen or rain saturated soil, but the effort was mostly voluntary and undercut by exemption policies.

Since 2011, Ohio has spent more than $6 billion statewide, with more than $3 billion going directly to Lake Erie to improve water quality. Most of this money has gone into enhancing sewage and drinking water plants in the state. The state of Ohio has done little to target the manure and fertilizer runoff from the hundreds of farms lining Lake Erie’s feeder rivers.

From 2013-2017, the Ohio EPA examined the annual amount of nutrients feeding into Lake Erie. There was no overall decrease in most watersheds, and in watersheds most associated with agriculture, the issues only worsened.

Climate change only stands to worsen the toxic algae blooms plaguing Lake Erie. In recent decades, human influence on the climate has caused higher rates of precipitation. More precipitation results in higher runoff levels and more significant amounts of nutrients entering the lake, and a warmer lake is an even better home for algae growth.

If Ohioans ever want to swim in their great lake again, our legislators are going to have to push a lot harder to regulate nutrients feeding into Lake Erie.