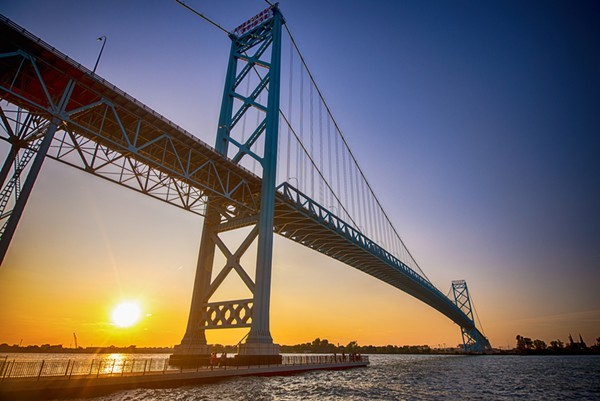 Sixteen months after banning nonessential travel along the 5,500-mile border, Canada will soon ease travel restrictions for U.S. citizens — but there's a catch.

Following months of prohibition, speculation, and frustration, Canada announced that it would reopen the U.S.-Canada border starting Aug. 9, The Washington Post reports.

But only those who are fully vaccinated at least 14 days before traveling and can produce proof of vaccination will be granted entry and will not be required to quarantine for two weeks. Vaccinated travelers must also take a molecular COVID-19 test 72-hours before arrival and, to be approved for travel, that test must come back negative.

As for a post-arrival test? Not everyone will be required to take one. However, random COVID testing could become the norm when returning to the states as the Canadian government has said they have plans to implement a surveillance program at airports and border crossings to coincide with the border reopening.

As for children 12 years old and younger who are not yet vaccinated, they will not be required to quarantine. Officials, however, have suggested that as a precaution, unvaccinated children should avoid large gatherings and group settings — both outdoor and indoor — prior to travel.

Starting Sept. 7, international travelers will be allowed to travel to Canada as long as they are fully vaccinated and “provided that Canada’s COVID-19 epidemiology remains favorable.”

To streamline the process, travelers are asked to use ArriveCAN, a government-based app that allows people to upload health and citizenship data, to upload their information that will determine whether or not they are approved to cross the border.

Currently, more than 56% of the U.S. have received at least one dose of the vaccine, a number that is significantly lower than President Joe Biden's goal 70%, which he aimed to achieve by July 4. Though vaccine rollout was initally slow and unsteady due to supply concerns, Canada has now surpassed the U.S. with 70% of all Canadians reportedly receiving at least the first dose. More than 48.45% of Canadian residents are fully vaccinated, with the U.S. trailing slightly with 48.05%.

In the U.S., a new leg of the health crisis has emerged and is being dubbed "the pandemic of the unvaccinated" as major cities revive shutdowns and mask mandates to combat the rise of hospitalizations and COVID-19-related deaths. The rise is a direct result of the fast-spreading Delta variant, a virus that appears to be 225% more transmissible than the original COVID-19 strains and is more likely to result in hospitalization if infected.

Per health officials, unvaccinated people accounted for 99% of recent deaths and 97% of hospitalizations.