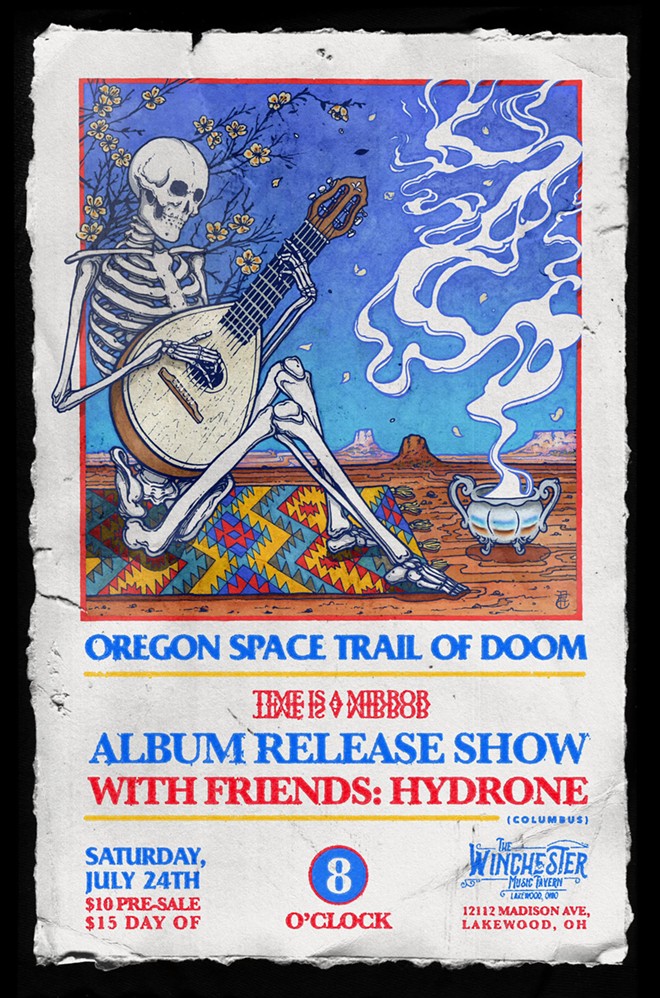 The local indie rock act Oregon Space Trail of Doom will celebrate the release of its new album, Time Is a Mirror, with a show that takes place at 8 p.m. on Saturday at the Winchester.

Hydrone will open the concert.

“The album is our newest interpretation on fresh takes from old sounds,” says the band in a statement. “At a mere six tunes in length, TIAM takes you on a journey that is both dynamic and straightforward. A bit less gritty than our first album, Into The Wood, TIAM hones in a different palette of sounds with hopes of achieving a broader listener audience without seeming meretricious or cliche. From the opening track to the closing track, there is a song for everybody.”

The group recorded the album in February of last year at Somewhere Recording Company, a studio run by Teddy Eisenberg and operated by Dave Shaw and Michael Seifert. Dave Shaw recorded and mixed the album, and Dan Millice mastered it. Garth Phillips did the album art.

Tickets to Oregon Space Trail of Doom's show at the Winchester cost $10 in advance, $15 at the door.