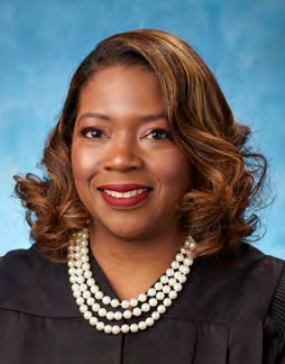 In addition to being the poorest big city in the United States, Cleveland is also the least-connected. Roughly 31% of households have no broadband access of any kind.

Cleveland Municipal Housing Court Judge W. Moná Scott intends to strike back against this issue — what's referred to as the digital divide — in one small way, by helping to facilitate virtual court appearances.

With nearly $80,000 in grant dollars from the Ohio Supreme Court, who made funds for tech upgrades available during the pandemic, Scott wants to set up four digital kiosks at rec centers, public libraries, and/or lobbies of public housing facilities so that residents without internet access can attend court virtually via videoconferencing. Her goal is to start with two kiosks on the west side and two on the east side.

Scott said that virtual court proceedings have been well-received by tenants, landlords and inspectors who participated in 2020 and 2021 — the housing court, which handles evictions and other landlord/tenant disputes, has conducted 95% of its caseload virtually in the past year — and that the neighborhood kiosks will hopefully be a convenient option for residents who might be especially burdened by the time and cost of a downtown trip.

Additional grant funds will be used for wi-fi hotspots to strengthen the court's network, thereby allowing proceedings to continue with as few glitches and interruptions as possible.

Specific locations for the videoconferencing kiosks have not yet been determined.