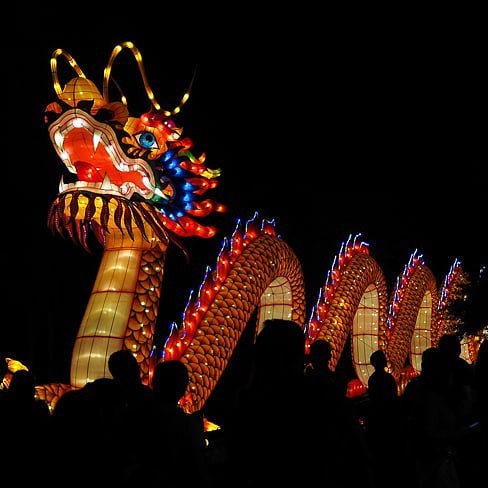 Having just played host to one of the dumber trade infringement lawsuits in recent memory, in which Barrio sued Condado seeking court protection for a build-your-own taco concept with "cool vibes," Cleveland is now home to two additional equally dumb trade lawsuits where the only winner appears to be the billable hours of lawyers.

Regardless, the Cleveland zoo argues Pittsburgh's event is “likely to cause confusion, cause mistake and deceive consumers as to the source, origin, affiliation, connection or association of the Pittsburgh zoo’s light show.”

In response, Pittsburgh not only pointed out the long, long history of Asian lanterns being deployed for festivals but also the fact that zoos before and after Cleveland have done this exact thing.

As the Pittsburgh Tribune-Review reported:

The filing points to light shows with the phrase “Asian Lantern Festival” at zoos across the country: Louisville Zoo, the Central Florida Zoo and Botanical Gardens, and the Blank Park Zoo in Iowa. They also noted the St. Pete Asian Lantern Festival in St. Petersburg predated the Cleveland zoo event by a year.


A federal judge in the case last week denied the Metroparks' motion for a temporary restraining order against Pittsburgh that would have shelved the zoo's 2021 Asian Lantern Festival, which like the version in Cleveland, is now happening.

And in the other corner of this showdown of perplexing legal maneuvering we have City Barbecue.

The massive, multi-state chain filed a lawsuit in May against Ohio City BBQ claiming that the Cleveland barbecue joint, named after the neighborhood where it does business and which opened before City Barbecue expanded into the Cleveland market, intentionally and “willfully deceive[s] customers” into thinking its affiliated with the chain.

As proof, as Cleveland.com reported, City Barbecue cited a few people who ordered from Ohio City BBQ thinking it was City Barbecue, which hardly seems like evidence of mass confusion.

It has tried since 2017 when Ohio City BBQ opened to get the independent restaurant to change its name, and has been rebuffed.

The outreach continued into February 2019, when the lawyers sent Ohio City BBQ co-owner Chris Abatsas a letter and a draft agreement in which Ohio City BBQ agreed to change its name, the lawsuit said.

A few days later, the lawyers received the agreement back in the mail. Someone ripped the pages in half and wrote on the back of a page in all capital letters, “stop f——-g sending me this s—t or I’ll sue for harassment,” the lawsuit said.


After filing the trademark infringement lawsuit, City Barbecue claims someone acting on Ohio City BBQ's behalf left a string of negative 1-star Yelp reviews for its locations. It is now seeking damages and a portion of Ohio City BBQ's profits.

Located in a cheerful double storefront, Ohio City BBQ exceeds the accepted level of character required for a BBQ joint. The warm, saloon-style space is clad with wood walls and floors, there's a freshly painted tin ceiling, and red neon piping acts like a spiffy ring of fire around the room. Though it's largely fast-casual counter service, staffers could not be more friendly, courteous and genuinely pleased to be there. That — and prices that are more than a couple bucks below the competition — go a long way toward carving out a niche in Cleveland's increasingly competitive smoked-meat market.