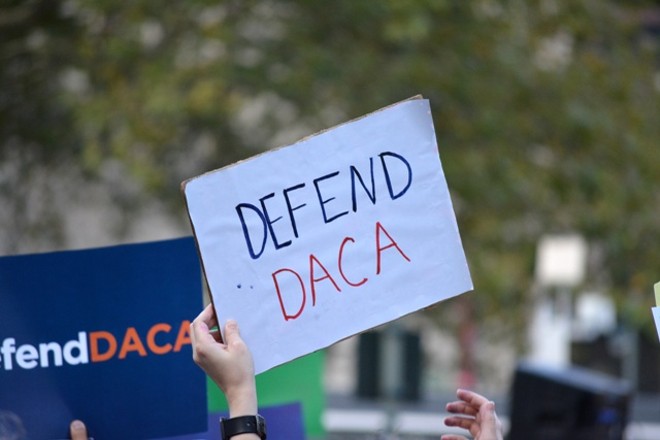 COLUMBUS, Ohio — In light of a new federal court ruling on DACA, immigration advocates in Ohio say Congress must take action to create a roadmap to citizenship for millions of undocumented people.

A U.S. district court judge ruled Friday the Obama administration overstepped its authority when it created the Deferred Action for Childhood Arrivals program, which allows undocumented immigrants brought to the country as children to stay legally.

Samantha Searls, program manager for the Intercommunity Justice and Peace Center in Cincinnati, works on immigrant-rights issues. She explained since its inception in 2012, DACA has faced a myriad of legal challenges which have kept many Dreamers living in limbo.

"What I heard from our folks is, it's just exhausting," Searls remarked. "DACA recipients have to plan their whole lives out in small increments because it's unsure if the program's going to continue because of all of these developments."

The ruling bars the government from approving new applications for DACA, but left the program in place for existing recipients. Nine conservative states filed the lawsuit, claiming DACA was illegal because former President Barack Obama created the program under executive order, circumventing Congress.

Searls contended Dreamers need a permanent pathway to citizenship, which can be made possible through House and Senate bills currently under consideration.

"Congress has solutions in front of them right now," Searls asserted. "They just need to take the courage and do something. If anything, this ruling just highlights the fact that the urgency is there, and folks can't plan their lives while they wait on judges to make decisions."

The Intercommunity Justice and Peace Center's Immigrant Dignity Coalition promotes the need for federal immigration legislation through its "Summer of Citizenship for All Campaign." Searls noted they're focusing on challenges facing the immigrant community, such as the lack of health-care services, while highlighting local immigrants who would benefit from permanency.

"A young man named Rolando shared his story and how education was such a gateway for his family, and how having citizenship would give access to higher education for millions of other families," Searls reported.