Plot to Kidnap Michigan Gov. Gretchen Whitmer, Hatched in Ohio, Was Conceived and Steered by FBI 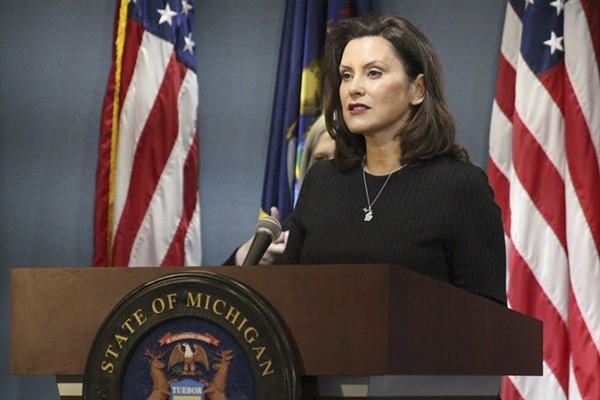 Last fall, six men with ties to right-wing militia groups were arrested for an alleged plot to kidnap Michigan Gov. Gretchen Whitmer. The conspiracy, which was hatched in Dublin, Ohio, became an international story and was later regarded as a spiritual precursor to the Jan. 6 riot and putsch at the U.S. Capitol.

But the plan, as conveyed in an extensive report by BuzzFeed News, was largely the result of actions taken by FBI informants.

Some of those informants, acting under the direction of the FBI, played a far larger role than has previously been reported. Working in secret, they did more than just passively observe and report on the actions of the suspects. Instead, they had a hand in nearly every aspect of the alleged plot, starting with its inception. The extent of their involvement raises questions as to whether there would have even been a conspiracy without them.

A longtime government informant from Wisconsin, for example, helped organize a series of meetings around the country where many of the alleged plotters first met one another and the earliest notions of a plan took root, some of those people say. The Wisconsin informant even paid for some hotel rooms and food as an incentive to get people to come.

The Iraq War vet, for his part, became so deeply enmeshed in a Michigan militant group that he rose to become its second-in-command, encouraging members to collaborate with other potential suspects and paying for their transportation to meetings. He prodded the alleged mastermind of the kidnapping plot to advance his plan, then baited the trap that led to the arrest.

The story relies on dozens of interviews, along with court filings, transcripts and audio recordings, to present a full and vivid picture of how the plan came together and how authorities were intimately involved in its conception and execution. All but one of the defendants in the case have pleaded not guilty and allege that they were set up.

The story renews a familiar debate after supposed domestic terrorists have been entrapped by the FBI. Was a credible threat stopped in its tracks? Or would the threat have existed if not for the resources and coaxing of informants working for federal law enforcement? As BuzzFeed notes, critics of this strategy say that the Michigan case is an example of "outrageous government overreach" that radicalizes people and invited conspiratorial thinking in the first place.

The story happens to share many elements of the bridge-bombing plot in Cleveland in 2012, in which five men were arrested for their plan to blow up a bridge in Cuyahoga Valley which was mobilized in large part by an FBI informant.

"The story is a case study in how the FBI runs counter-terrorism stings — and new fuel for a growing controversy about them," wrote Eric Trickey for Cleveland Magazine. "Critics argue that since 9/11, overzealous FBI agents and informants have at times overreacted to minor threats and ensnared hapless losers in their stings by encouraging, escalating or even creating the very plots they bust... Until the five men met the FBI informant — the sixth man at the bridge that night — they appear to have had little means to carry out any of the attacks they dreamed up. They lacked explosives, cars and, arguably, brains."

A more recent, and arguably more disturbing, case of FBI involvement in an alleged terrorist plot occurred just before July 4 in 2018. Then 48-year-old Demetrius Pitts was arrested for supposedly planning an at Voinovich Park and for making threats on the life of Donald Trump and his family. Pitts, who had a history of mental illness, was literally staying at a rehab facility in Maple Heights when he was arrested.

"Pitts’ made statements about violent attacks or his allegiance to al-Qaida to mostly agents or confidential informants," Cleveland.com reported. "An informant gave Pitts a bus pass to travel downtown, as well as a cellphone he later used to text an undercover agent, authorities said. While authorities have said they arrested Pitts to prevent violence, they haven’t said whether he was capable of carrying out an attack. Then-FBI Special Agent in Charge Stephen Anthony declined to say whether Pitts had access to, or was capable of making, an explosive when he announced the arrest. Instead, Anthony said Pitts had the 'desire and intent' to conduct the attack."

Pitts was sentenced to 14 years in federal prison.