The Killers Coming to Wolstein Center in October 2022 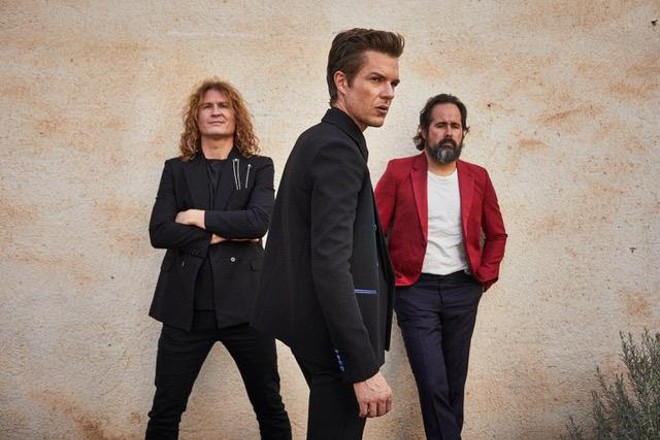 Because of the pandemic, the Killer had to cancel a 2020 tour in support of their 2020 album Imploding the Magic.

During the shutdown, however, the band wrote the material for a new studio album, Pressure Machine, due out next month. The band's tour in support of that album includes an Oct. 7, 2022, date at Wolstein Center.

“Everything came to this grinding halt,” says frontman Brandon Flowers in a press release about the new album and tour. “And it was the first time in a long time for me that I was faced with silence. And out of that silence this record began to bloom, full of songs that would have otherwise been too quiet and drowned out by the noise of typical Killers records.”

The album draws its inspiration from Flowers’ hometown of Nephi, Utah, a town of 5300 people with no traffic lights.

“I discovered this grief that I hadn’t dealt with,” says Flowers. “Many memories of my time in Nephi are tender. But the ones tied to fear or great sadness were emotionally charged. I’ve got more understanding now than when we started the band, and hopefully I was able to do justice to these stories and these lives in this little town that I grew up in.”

According to press materials, the tour will celebrate both Pressure Machine and Imploding the Mirage, along with their "much-loved catalogue of global hits."

A ticket presale is currently underway, and tickets for the Killers concert at the Wolstein Center go on sale to the general public at 10 a.m. today.