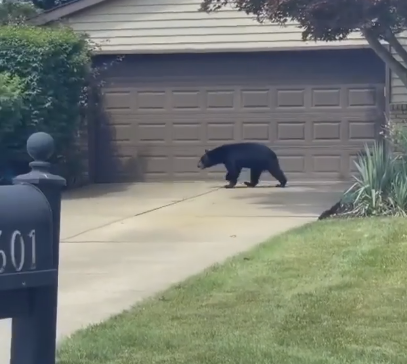 The Brooklyn Heights police department yesterday made residents aware that there's evidence a black bear has been hanging around near Tuxedo Ave. and North.

"The bear has not been spotted, but the evidence and tracks were confirmed to be that of a bear," the department said on Facebook. "Please keep a watchful eye on all kids and pets. It appears to only be coming out late night/early mornings. Also, remove bird feeders and take your trash out on Friday mornings to avoid any further chance of contact. According to Wildlife Officials, if we keep the area less attractive for the bear to stay it will eventually move on."

Black bears have been spotted in and around Lake County and some eastern suburbs this year, which isn't abnormal.