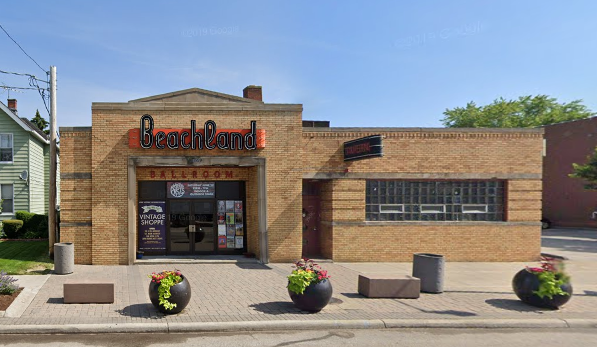 After departing in 2015 to launch his gluten-free restaurant, Café Avalaun, chef Brian Doyle has returned to the Beachland Ballroom as chef-partner. The chef was largely responsible for reinvigorating the food service at the storied Collinwood club, while transforming the weekend brunch into a can’t-miss event. Café Avalaun is not going anywhere, he promises.

Of course, the Beachland kitchen had been idle since spring of 2020, when live music came to a standstill. But over the past few months, as live shows have made their way back into the club, the food service has also made its return.

“We did start doing some shows over the course of July and August and it’s getting more and more involved with more shows,” Doyle explains.

With consulting advice from Steve Schimoler, owner Cindy Barber updated and upgraded the kitchen during the shutdown. Over the past two months, while they were waiting for final approval from the health department, Doyle was essentially catering out of Café Avalaun. Now that the approval has arrived, the chef has launched the first menu, which is limited to some snacks and sandwiches to start.

At present, food is offered only in conjunction with shows, but Doyle says that plans call for adding daily service as well as weekend brunch. Other changes include online ordering for easy pick up.

“I’m very excited to be a part of the legacy at the Beachland,” he adds. “It’s a place that I’ve always cared about and we’re really excited about the future plans that we have.”