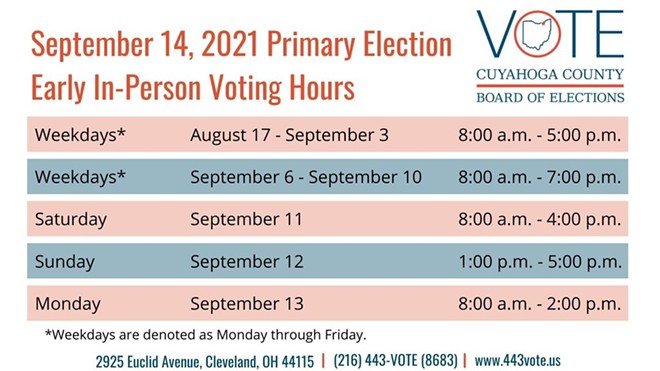 Early in-person voting in the 2021 Cleveland mayoral race begins Monday at the Cuyahoga County Board of Elections (2925 Euclid Ave.)

In Cleveland, voters have an opportunity to select a new mayor for the first time in 16 years, after Frank Jackson's four terms.