Study: The Pandemic Forced Women in the Restaurant Industry to Reevaluate How It Values Their Work 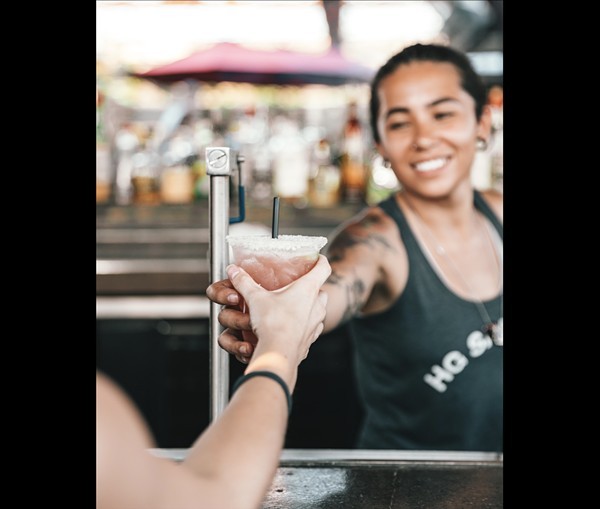 In a series of studies from last year, economists documented the effects of the coronavirus pandemic and its financial fallout on women, particularly in service professions.

As they inventoried the damage, they adopted the term “She-Cession” to describe the devastating, long-term impacts on women in the restaurant industry — financial and otherwise. Local experts say that she-cession has been felt especially hard in San Antonio, whose economy is heavily reliant on service sector jobs.

“We’ve seen long-term analysis that shows that women occupy certain jobs at a higher rate than men do … especially in places like San Antonio, where you have a lot of Hispanic women working in hospitality, education, nursing, but they also have children. They’re the caregivers on top of it all,” said Belinda Román, a St. Mary’s University economics professor.

“Sadly, the pandemic has made it bubble to the forefront,” she added. “Because this economic change has been different than the change we saw, let’s say, during the [2007-2009] financial crisis, which hit men more than it did women.”

A May report from advocacy group One Fair Wage and the UC Berkeley Food Labor Research Center posits that the restaurant industry, which is one of the largest employers of women and subminimum wage workers nationwide, plays a pivotal role in perpetuating inequality among women, particularly women of color and working mothers.

“I’ve always been able to make it by, but in this industry, the idea of having a ‘livable wage,’ or putting any significant amount of money into savings for my kids, is a fucking pipe dream,” said Teresa, a 14-year veteran of the bar and restaurant industry. She used a pseudonym for fear of workplace retaliation.

“To hear that people are pushing for that right now is nice, but if I quit because my boss won’t give me $15 an hour, my spot will be filled with some 21-year-old girl within days,” added Teresa, a mother of school-aged twins. “That’s just how it is.”

The One Fair Wage report surveyed more than 4,800 foodservice workers from October 20, 2020, to May 1, 2021, and found that more than 75% were considering leaving their job due to “low wages and tips.” “COVID health risks” was second most common.

Reflective of the demographics of tipped service workers, the majority (74%) of survey respondents were women. However, conditions are more severe for working mothers, according to the study. Nationwide, working moms reported contracting COVID-19 at higher rates than all other workers — 26% versus 19%.

What’s more, 70% of working moms reported that they’d experienced or witnessed hostile behavior from guests as a direct response to their enforcement of COVID-19 safety protocols.

Indeed, since Ohio restaurants were largely allowed to reopen, workers have been forced to become de facto health marshals, trying to enforce mask and social distancing protocols in what the Centers for Disease Control called one of the pandemic’s most dangerous environments.

Experts say those conditions have exacerbated pre-existing issues such as low hourly pay, sexual harassment, lack of health insurance and long hours. Workers themselves say it’s not difficult to see why so many choose to leave.

“If you have access to a phone, and you’re on social media, there’s no excuse for not knowing how bad it can be,” said Alexandra Davalos, a downtown SA server-turned-county employee.

“But people who have never worked in the industry are sort of ignorant to emotional, physical toll it can take on a person. The hospitality life is historically not one that’s sustainable for everyone, and people have had enough of the way things used to be.”

However, Román said there’s been one factor that employers weren’t counting on as they struggle to emerge from the pandemic slump: female workers’ realization of their own worth.

“They’ve never before had time to stop and say, ‘Wait a minute. $7.50 an hour? I’m worth much more than that, and my family needs more than that,’” she said. “By now, most have had the chance to step back and reevaluate. Just imagine if we equalized pay for women, and everyone was a full-fledged partner in this economy. Imagine what that could do for our community. It’s just very hard to sell that idea because people tend to think, ‘Your gain is my loss.’ And it doesn’t have to be that way.”