Battling the Infodemic: As Disinformation and Lies Snowball Online, How Do We Avoid Being Crushed? 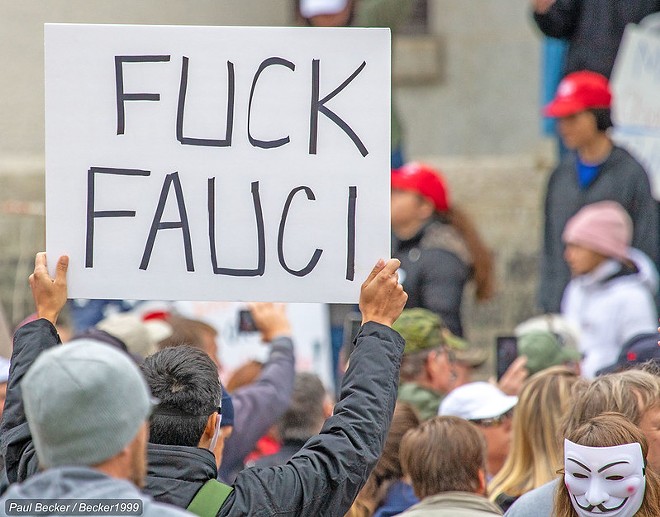 Over the weekend, the U.S. Food and Drug Administration issued a social media warning urging people not to take Ivermectin, a potentially dangerous horse-deworming drug.

Even though the veterinary medication is unproven against COVID-19, its distribution increased 19-fold in August as people bought it to stave off infections by the coronavirus, according to federal data reviewed by ABC News.

That increased demand is largely driven by anecdotal online claims about its ability to cure COVID, according to health experts. Beyond that, Fox News hosts including Tucker Carlson have promoted the drug, and Sen. Ron Johnson, R-Wisconsin, was suspended from YouTube in June over a video promoting the drug as an alternative treatment in humans.

“You are not a horse. You are not a cow. Seriously, y’all. Stop it,” the FDA said in a blunter-than-blunt warning shared Saturday, August 21 across multiple social media platforms.


Since the beginning of the coronavirus pandemic, the Internet has been awash in conspiracy theories, false claims and snake-oil cures. Indeed, the World Health Organization frequently uses the term “infodemic” to describe the runaway spread of falsehoods around COVID-19, vaccines and masks.

Now, with the delta variant threatening to overwhelm hospitals in Texas and other states, the deadly stakes of that infodemic have once again come into focus. Public health officials lay much of the blame for the current wave of U.S. infections on vaccine hesitancy driven by the spread of online falsehoods.

“We have a secondary pandemic, one which is becoming a matter of national security, and that’s a pandemic of disinformation,” said Juan B. Gutiérrez, a University of Texas at San Antonio mathematician who’s tracked the spread of COVID-19 since its arrival on U.S. shores.

Many spreaders of online COVID-19 falsehoods — including those who share them inadvertently — do so because they distrust big institutions: the government, big media, big business. The irony, experts argue, is that they’re doing the mule work for a burgeoning industry reliant on their willingness to traffic in reshares.

Misinformation tracking firm NewsGuard identified more than 500 websites pushing falsehoods about COVID-19, two-thirds of them based in the United States. Those sites are fueled by tens of thousands of unique online ads from more than 4,300 brands, who bought them through the automated process used for the bulk of online ad sales.

And here’s another irony. NewsGuard found that Pfizer, hospitals and health insurance companies involved in the U.S. vaccination effort were among the entities buying ads on sites spreading lies about the safety and efficacy of those shots.

“We are in serious trouble,” Joan Donovan, the research director of Harvard University’s Shorenstein Center on Media, Politics and Public Policy, told National Public Radio in March. “Disinformation has become an industry, which means the financial incentives and the political gains are now aligned.”

To Donavan’s point, while COVID-19 lies may be grabbing headlines right now, they’re hardly the only flavor of online deception.

Even after the de-platforming of former president Donald Trump, his surrogates and followers continue to push lies about the 2020 election being stolen. And amid mounting data that human-caused climate change is irreparably damaging the planet, the online world is rife with spurious claims otherwise.

While some of us have tried to reduce our intake of social media amid the flurry of disinformation, the numbers suggest it’s had minimal impact. Since 2018, Facebook, Twitter, Instagram and Reddit have all tallied increases in the amount of time people spend on their platforms, according to tech data firm Active Consulting.

Further, roughly one in five Americans say social media is their primary source of political news, according to a 2020 Pew Research Center poll.

As scrutiny has increased on online platforms such as Facebook and Twitter, they have taken some action to halt the spread of false information. Social media companies have engaged independent fact checkers, invested in automated content moderation and flagged potentially false COVID-19 posts.

But industry analysts argue those efforts have so far been window dressing. Even after Facebook and Twitter have made high-profile promises to crack down on COVID-19 distortions, many online users still see false claims about vaccines and masks regularly on their own social media networks.

“Facebook and Twitter don’t really have any incentive to stop it,” said telecommunications industry analyst Roger Entner of Recon Analytics. “The more outrageous the content, the more clicks it gets, which is what these platforms call ‘engagement.’”

He added: “Social media is a self-reinforcing cesspool.”

Given how large social media platforms have become, it’s also unclear how capable they are of monitoring their own content, critics charge.

For example, the man arrested last week on charges of making a bomb threat near the Library of Congress livestreamed anti-government tirades for hours before Facebook disengaged his account. Two years ago, the platform said it would create new livestreaming restrictions after a gunman shared his slaughter of dozens of Muslim worshipers in New Zealand.

Monitoring livestreams, much less scouring users’ accounts for pandemic or election falsehoods requires big investments of time and money, Entner points out. Social media platforms are eager to keep the government off their backs, but not if it means carving into their profits.

“Silicon Valley is in it to make money, first and foremost,” he said. “They don’t give a shit about the rest. In their mind, if the rest of the country burns down, so be it.”

While politicians like to make noise about reining in social media platforms’ worst offenses, industry observers point out that the First Amendment prevents lawmakers from regulating their content.

With Congress mired in partisan deadlock, it’s also unclear what action it could even unify around. While the Biden administration is pushing to weed out online misinformation, conservatives have doubled down on unsubstantiated claims that platforms are censoring content with an anti-conservative bias.

Until social media sites and online advertisers are willing to make profits secondary to their larger social obligations, and until politicians can put aside partisanship to strive for meaningful reform, experts say we’re largely on our own to curb the infodemic.

First and foremost, that means we shouldn’t fuel the fire by sharing stories, memes and information that can’t be verified — or at least attributed to reliable sources of information. Even when those unverified bits of content reinforce our own biases.

While that may be a tall order in a world of instant gratification and partisan hair triggers, it’s relatively easy compared to the next step: engaging with people who have fallen under the spell of misinformation and disinformation.

Failure to speak to our friends, family members and neighbors about the dangerous falsehoods they’ve shared or succumbed to is an essential part of reversing the dangerous course the United States is on, said Aaron Delwiche, a communications professor at San Antonio’s Trinity University.

“If we give up on that attempt to persuade, to talk, to dialogue, we’re giving up on democracy,” he said.

Such conversations may be more comfortable to have offline, Delwiche said, and they can’t be framed as debates.

Given the schism rending our country right now, that may be a tall order, but Delwiche argues that we may not have another choice. The nation, he points, out undertook similarly difficult dialogues following the Civil War and the Great Depression.

“Refusing to do this hard work is going to be the death of us,” he said.