Update: Floressa Bakery in Clark-Fulton Neighborhood to Open on Oct. 22 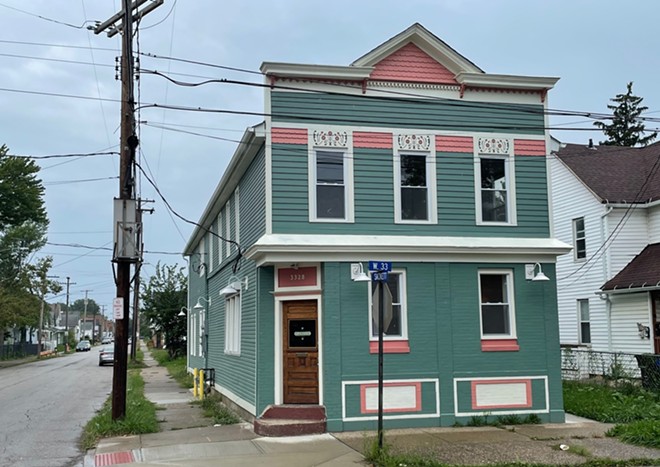 Back in August, we shared the news that Caitlin Dobson was preparing to open Floressa in a restored building in the Clark-Fulton neighborhood. Now we know that the appealing bakery-café will open its doors on Friday, October 22.

When Caitlin Dobson and Sara Bisheimer started Floressa bakery out of their respective homes, they had a very specific plan that was to culminate with a retail bakery and café. It might have taken a few years longer than they had envisioned, but that objective is now just weeks away.

“When we started Floressa the vision was to get started, get some restaurants, do the markets and then buy a building and have a retail space,” Dobson explains. “It feels so surreal right now that we’re actually doing it. This is what we’ve been planning for six years.”

Floressa, which launched in 2015, is well known for its high-quality vegan, gluten-free and classic desserts, which are sold regionally at coffee shops like Rising Star, restaurants like Ken Stewart’s and grocery stores such as Whole Foods and Nature’s Oasis. It wasn’t long before the company required more production space, which they managed to secure from an Ohio City church.

“We started our wholesale business and very quickly outgrew our home kitchens, so we found a church kitchen that was empty and we started operating out of there,” adds Dobson.

They purchased the Clark-Fulton building that would eventually become Floressa (3328 W. 33rd St., 440-941-1302) back in 2018, but the renovations took longer than anticipated to complete. But finally, the production kitchen is up and running and the café should follow suit in a month or two. When it does open to the public, it will offer coffee and popular grab-and-go items like cookies, brownies, banana bread, pumpkin bread, chocolate chip cookies, cinnamon rolls and lemon bars. While many of those confections indeed are vegan and gluten-free, there are “classic” desserts featuring flour, eggs and dairy.

“Our concept, when we first started, was we wanted a place where everybody could come and find something,” says Dobson, while allowing that those with celiac disease might not be safe from cross-contamination.

Down the road, the plan is to add savory breakfast and lunch items like soups, salads and sandwiches. Floressa will be a counter-service operation with seating. Look for Floressa to open sometime in October. 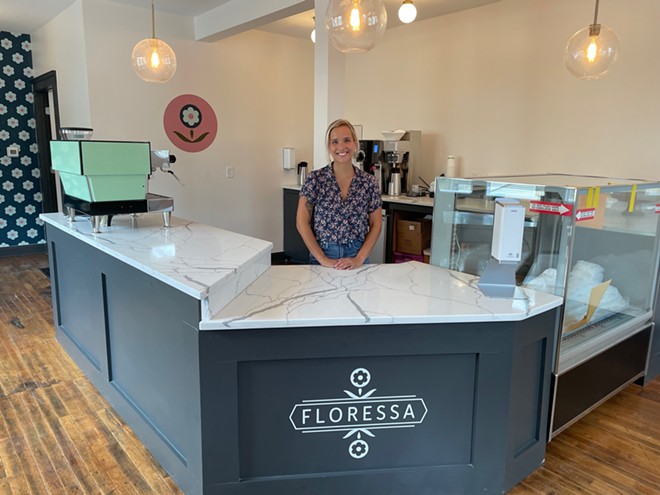 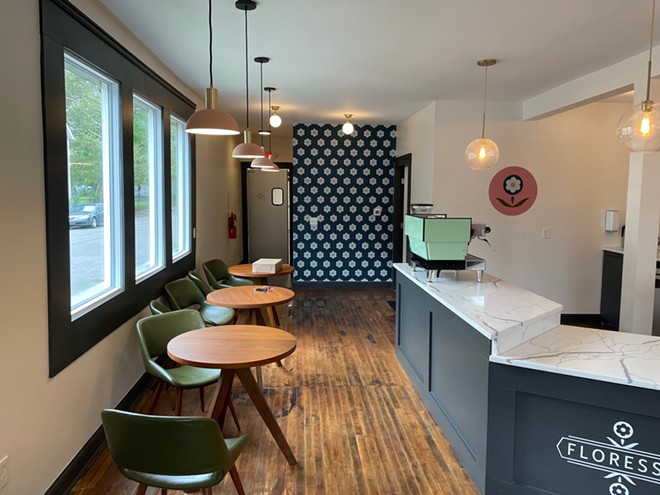