In Advance of Next Week's Concert at Jacobs Pavilion at Nautica, Quinn XCII Talks About His 'Nostalgia for Normalcy' 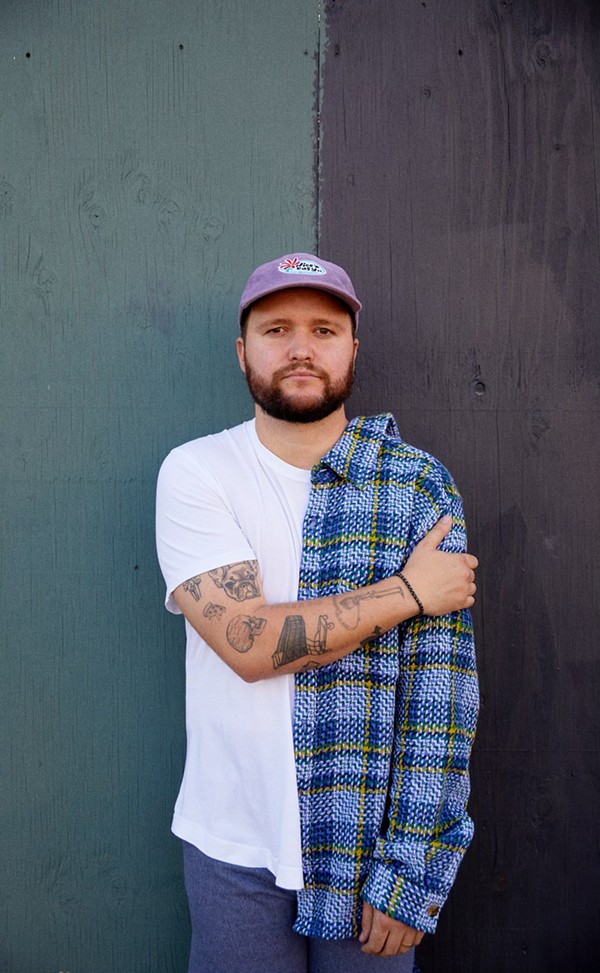 “I never had this feeling of like, ‘Oh, shit. What if music doesn’t work out and I’m stuck working in this cubical for the rest of my life?’” says Mikael Temrowski, known professionally as Quinn XCII, in a recent phone interview. Quinn XCII performs with Chelsea Cutler at 7:30 p.m. on Tuesday, Sept. 14, at Jacobs Pavilion at Nautica. “I always had this really weird, comfortable feeling that things would work out. It’s always tricky trying to explain that feeling, but I just felt like I was always meant to do what I’m doing.”

The 29-year-old singer-songwriter began nurturing his passion for producing music at a young age. In college, he adapted his stage name and started to take his music seriously. The Detroit native’s college mixtapes picked up some traction on SoundCloud, but it wasn’t until he was graduated and working at an insurance company—which he hated—that his big break came.
In 2016, Columbia Records signed Quinn XCII as a recording artist, allowing him the creative control to continue producing his upbeat, danceable, rap-infused indie pop with a purpose.

“As far as the actual process of making the music, nothing changed. And I think that’s why I respected Columbia Records so much,” says Temrowski. “They didn’t tamper with what I was doing. They just let me steer the ship creatively and continue to do what I was doing, cause it was working.”

Once he gained the access to professionally master his music, there was no stopping him.

Earlier this year, Quinn XCII released his new album, Change of Scenery II, which he named after his 2015 debut EP. The record was a quick follow-up to his 2020 album, A Letter to My Younger Self.

“I was sort of faced with this decision…Am I just gonna sit on my couch and, you know, wait until the world resumes and I can go back to normal, like touring and stuff. Or, am I just going to get back to work and make another project, and give fans more music during this really weird time,” says Temrowski. “And I decided to do that.”

Nostalgia was the tone Quinn XCII wanted Change of Scenery II to evoke. And it was the nostalgia for normalcy from which the lead single “Stay Next to Me (with Chelsea Cutler)” was born.

“I think I was saying ‘lay next to me’ initially, and then I thought more about the song, and the times we were in. And I was like, ‘Oh, maybe I call it ‘Stay Next to Me,’ and it’s sort of opposite of what COVID has been preaching about,’” says Temrowski. “Maybe putting out a song that’s opposite of that is kind of what people need right now.”

So, the story of fighting through a crowded club, trying to escape with someone you are clicking with was told. Then, he added longtime friend and collaborator Chelsea Cutler to the mix.

“The second I wrote ‘Stay Next to Me,’ I kind of felt Chelsea’s presence on it,” says Temrowski, who texted Cutler the song from his Rhode Island writing camp.

“The whole process of getting those songs made was just so organic, and you can hear that in the music,” says Temrowski of “Stay Next to Me (with Chelsea Cutler) and “We Don’t Talk Enough (with Alexander 23), which zeros in on the “universally relatable” melancholy feeling of losing touch with your friends as you get older. “It was just like texting a friend something and then them responding. It wasn’t like I had to send it to a label or have my manager reach out to their managers. It wasn’t this weird sort of third-party situation. It was just me going right to the source.”

Cutler played her first-ever show as the opening act for Quinn XCII, and they’ve been like family ever since.

“Just being with her backstage, and seeing how nervous she was, to now watching her play to thousands of people with just more confidence and great stage presence — it’s just a really fun thing to see her evolution,” says Temrowski.

Cutler and Quinn XCII played a few socially-distanced drive-in shows recently with several of their mutual friends and collaborators such as Alexander 23 and Jeremy Zucker, but Temrowski has “been waiting for the real deal.”

And nothing is more real than playing to a sold-out crowd at Red Rocks, the infamous Colorado venue, which is exactly what Quinn XCII and Cutler did, alongside Zucker, last month.

“Live shows have become a staple of Quinn and the brand. And I feel like it just elevates the music to a different level when people see it live,” says Temrowski. “To be able to get back on the road and give fans a face to face experience — to see them smile, cry, sing the lyrics back — that’s just going to be such a gratifying feeling.”

Quinn XCII always knew he was meant to be writing and performing music, because his passion for it and dedication to it was unmatched in any other element of his life.

“I didn’t want to be 40-something years old, regretting down the line that I never pursued something that I loved,” says Temrowski. “Go for anything you have a passion for. If you have a deep-down intuition about something that makes you feel good — whether it’s a job or a person or whatever — just pursue it. I think life’s too short not to do that.”