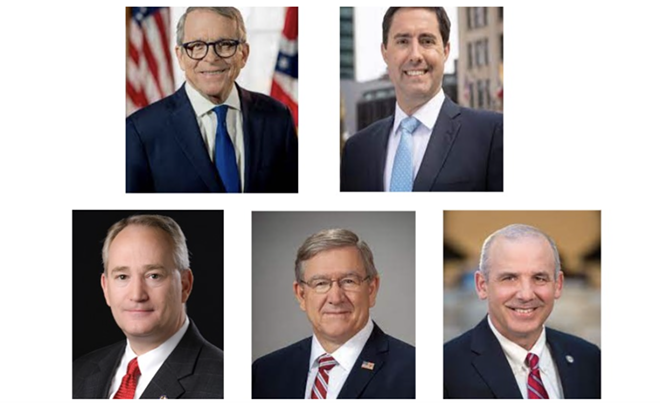 With some using words like “disappointment” and “unease,” Republican majority members of the Ohio Redistricting Commission passed maps of General Assembly districts on Thursday heavily favoring GOP supermajorities that will last four years, if they make it through the courts.

In a process that bypassed the midnight deadline by minutes, the commission split along party lines 5-2 and passed GOP-produced maps that they said were presented to the commission the night before.

Republicans said the maps for the House and Senate approved early Thursday morning reduced the GOP stronghold with a House breakdown of 62 seats to 37 Dems, and 23 to 10 in the Senate. Democrats and Dave’s Redistricting App project a 65-seat GOP supermajority in the House.

Anti-gerrymandering advocates have repeatedly called for representation that actually reflects the make-up of voters. And Ohio voters amended the state constitution in 2015 to implement reform intended to produce bipartisan and fair districts, with 71.47% of voters supporting.

In an average of the last 16 statewide elections not including non-partisan judicial races, Republicans have won a 54% to 46% advantage.

As of 2020, 1.9 million Ohioans were registered Republican while 1.6 million were registered Democratic, for a ratio also of 54% to 46%. More than 4.5 million voters remain unaffiliated.

Nevertheless, the Republican majority said in a statement that because they’ve won 13 of 16 statewide elections they could be entitled to up to 81% of representation of the people, despite them only winning the average of 54% of the votes in those elections.

The only bipartisan agreement was a condemnation of how the process had gone, and the fact that there seemed to be no way to reach a 10-year map.

The Democratic legislators on the commission both objected to the maps as presented, with commission co-chair Sen. Vernon Sykes saying the map proposal “falls far below what’s considered to be fair.”

House Minority Leader Emilia Sykes said the maps were affront to women who earned the right to vote, and minorities who are protected by the Voting Rights Act.

“To have before today a map that summarily and arrogantly eliminates the ability for women like me…to engage in a process and have their votes heard is not only offensive, it is plain wrong,” Sykes said.

The criticism of the process was broad, with Auditor Faber and Secretary of State LaRose both urging the commission to learn from its mistakes before congressional redistricting begins next month.

“I’m casting my yes vote with great unease,” LaRose said. “I fear we’ll be back in this room very soon.”

The expectation of lawsuits was brought up quickly and early, with DeWine and others acknowledging that the courts would ultimately decide whether the maps fit the bill, or the process was constitutional.

“I’m not judging the bill one way or another, that’s up for a court to do,” DeWine said.

The condemnation from redistricting advocacy groups was swift, though the analysis of the maps is still ongoing.

“The Commission didn’t reconvene until forty-five minutes before the midnight deadline and then enacted a map along party lines that disregards the letter and spirit of the reforms passed in 2015,” wrote Common Cause Ohio executive director Catherine Turcer in a statement sent out by the Fair Districts Ohio coalition. “We are disappointed in both the process and the result.”

Past court challenges, the discussion now turns to congressional districts representing the state, a process that should start in the next few weeks.