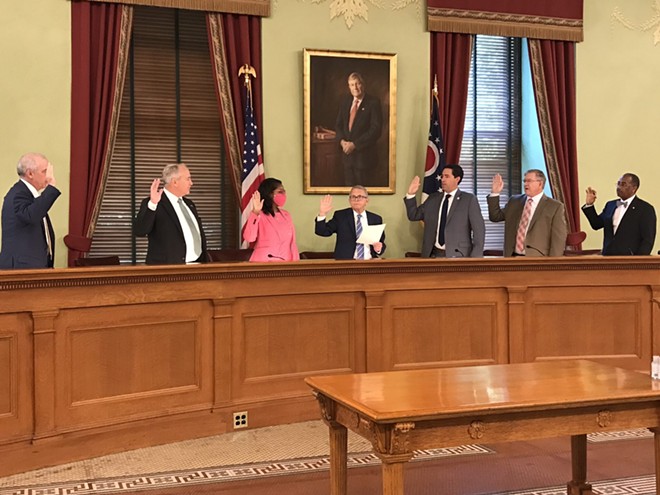 Religious and environmental groups have added their name to the list of lawsuits against the Ohio Redistricting Commission and the four-year maps approved earlier this month.

The lawsuit filed yesterday by the Ohio Organizing Collaborative, the Council on American-Islamic Relations of Ohio, the Ohio Environmental Council, is the third court challenge that’s been made to the new legislative district maps.

The OOC and others accuse the ORC of “flouting” constitutional commands and ignoring “the will of the people” in a 2015 constitutional amendment that 71% of voters approved to change the way redistricting occurred in the state.

“The Ohio Redistricting Commission’s own analysis highlights the brazenness of the district plan’s partisan gerrymander and the bad faith of the underlying process,” the lawsuit states.

The comment refers to a statement released after the majority Republican members of the commission approved the commission plan for legislative districts. In it, the GOP said depending on how one interprets the constitutional amendment language regarding election results, the Republican lean of maps should range from 54% to 81%.

The approved maps now under court scrutiny would give GOP favor to 64% of state districts.

“The harms are stark: the district plan dilutes the voting power of Ohio voters who tend to support Democrats by intentionally cracking and packing them into districts on the basis of political party for the purpose of weakening their political influence,” the parties wrote in the lawsuit.

The first court challenge against that maps was filed last week by the ACLU of Ohio and the Ohio League of Women Voters, and the second lawsuit was filed by 10 individuals from across the state who said the maps were “plainly not an attempt to achieve partisan proportionality, but just the opposite.”

“It is plain from the partisan composition of the maps that the Commission created and adopted the 2021 Commission Plan with the single-minded goal of protecting Republican performance,” the lawsuit states.

Spokespersons for commission co-chair and House Speaker Bob Cupp, R-Lima, and commission member and Senate President Matt Huffman, R-Lima, have denied the claims that the maps are unconstitutional.