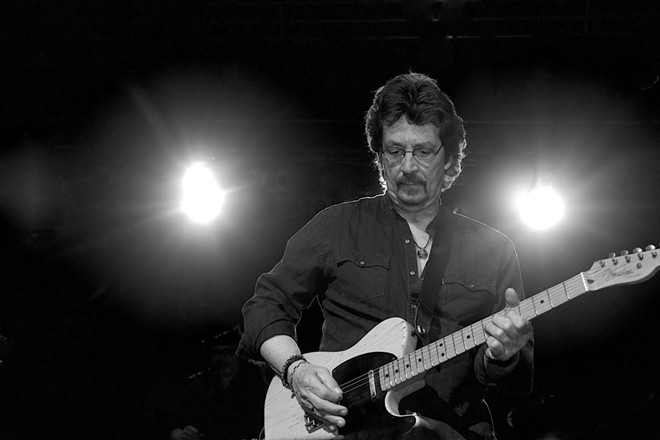 Live Nation yesterday announced a second night has been added for the "Michael Stanley, Among My Friends Again" celebration concert at MGM Northfield Park Center.

Tickets for the first show, Dec. 3, quickly sold out.

Tickets for the second show, Dec. 4, go on sale this morning at 10 a.m. through Ticketmaster.

The shows will feature songs spanning five decades of Stanley's career and members of Stanley's backing band, the Resonators, along with special guest Jonah Koslen.

“Since first meeting Michael in 1974 and forming [Michael Stanley Band], I’ve been blessed to call him a good friend and collaborator," says Koslen in a press release. "I’m grateful to have this opportunity to come together with the Resonators and the people of Cleveland in a loving celebration of the memory and musical legacy of our dear friend and brother.”

A portion of every ticket sold will be donated to the newly formed 10,000 Watts of Holy Light Fund of the Cleveland Foundation, which will identify Cleveland-centric organizations and dedicate annual donations as part of its mission.

“We wanted to find a way to continue to celebrate our father’s involvement with local charitable organizations,” daughters Anna Sary and Sarah Sharp say in a statement. “Using our father’s musical legacy and the partnership with the highly respected Cleveland Foundation, 10,000 Watts of Holy Light of the Cleveland Foundation will shed light on and provide financial support to important Northeast Ohio charitable institutions. We know our father would love that his music will continue to bring happiness and memories for years to come.”