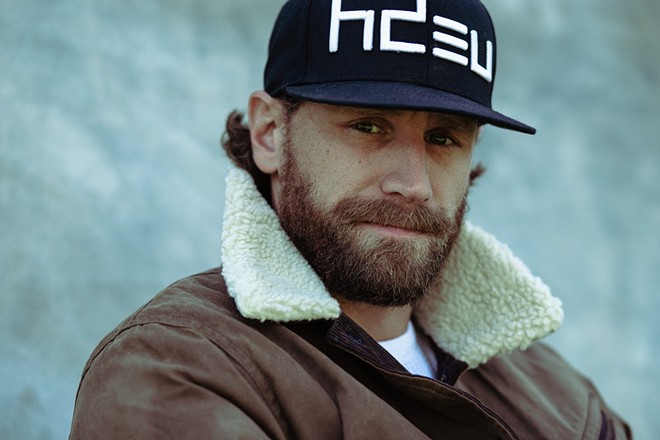 Forward Hospitality Group has announced a partnership with country music star Chase Rice to open Welcome to the Farm, an entertainment venue that will debut in the Flats East Bank. The 5,250-square-foot space, which will be located in the same building as Smokey’s BBQ and Saloon and is expected to open in December, features a center stage, capacity for 280 people, and garage doors that open up to a patio on the banks of the Cuyahoga River.

The venue will join other Forward Hospitality Group properties in the neighborhood such as Good Night John Boy and FWD and will become part of a diverse portfolio that also includes Garden City, Kindred Spirit, Bell & Flower, 3 Palms and SeeSaw.

“We’ve been working on this for a while and I’m excited to finally let everyone in on the secret,” says Rice, whose late father grew up in Grove City. “Not only is Ohio special to me as an artist and because of my dad’s connection to the area, but Cleveland itself is also a really inspiring city as a musician. It’s awesome to know that we’ll be just a mile down the road from the Rock & Roll Hall of Fame, which is home to people like The Rolling Stones, Bruce Springsteen, Nirvana, Tom Petty and so many more who have all had a huge impact on my career.”

With more than 2 million albums sold, Rice has established himself as a rising star in the country music scene. Before he was a performer, the Nashville-based singer was a college football athlete, NASCAR pit crew member and “Survivor: Nicaragua” contestant. With his latest release, the autobiographical “If I Were Rock & Roll,” Rice shows off his expanded musical range.

In a video (below) that the multi-Platinum entertainer shared, Rice says, “We're bringing a little bit of my farm in Tennessee to Cleveland, Ohio. My dad's from Grove City, so Ohio has always been a very special place to me.”