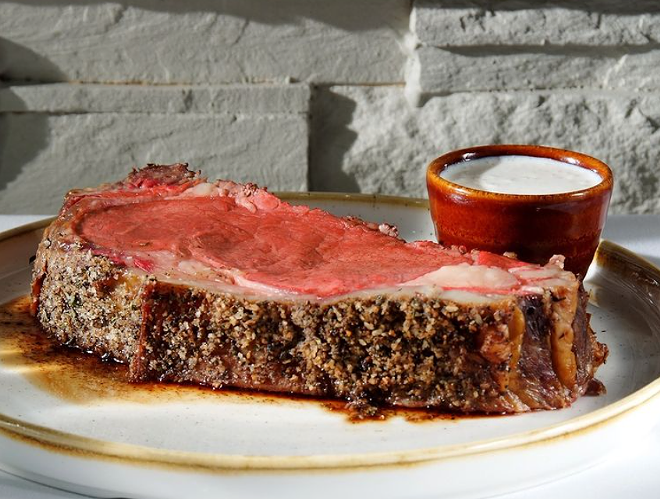 Cut151, which is being described as a supper club, will make its debut on Thursday, November 4. The restaurant is owned by Brad Friedlander and is located adjacent to Blu, in the former Red/Rosso space at 3355 Richmond Rd. in Beachwood.

Cut151 marks the return not just of the space or supper club concept, but of chef Donna Chriszt, who has played more of a behind-the-scenes role lately. Chriszt burst onto the Cleveland food scene back in the mid-1990s, when she was tapped as executive chef of Marlin by owner Marlin Kaplan. She went on to open Jeso, her own spot, before embarking on a long, fruitful culinary career.

“The chance to create a new restaurant with a supportive crew that possesses such considerable experience, depth of palate, and knowledge was a once-in-a-career opportunity,” says Chriszt. “Building this community from the ground up, alongside long-time restauranteur Brad Friedlander and his team is the perfect scenario.”

Cut151 is being billed as a modern take on the supper club concept. The star of the show will be the spice-rubbed prime rib, which will be sold in 12-, 16- and 22-ounce portions along with natural jus and creamy horseradish. The prime rib will be joined on the menu by a few steaks, veal and lamb chops, shrimp scampi pasta, potato-crusted cod, twin lobster tails and a few other selections. To start, there are oysters on the half shell, shrimp cocktail, prime rib tartare, salmon crab cakes and wedge and Caesar salads. All of the above can be paired with sides such as onion rings, rosti potatoes, creamed spinach and asparagus with béarnaise.

“Cut151 Supper Club is a long-time dream of mine,” adds Friedlander. “The idea is to create a space that celebrates exceptional food, high-end service, and compelling cocktails while honoring and modernizing upscale dining.”