Majic 105.7 Switched to All Christmas Music Over the Weekend, Leading to Spirited Debate Over Whether Or Not It's Too Early 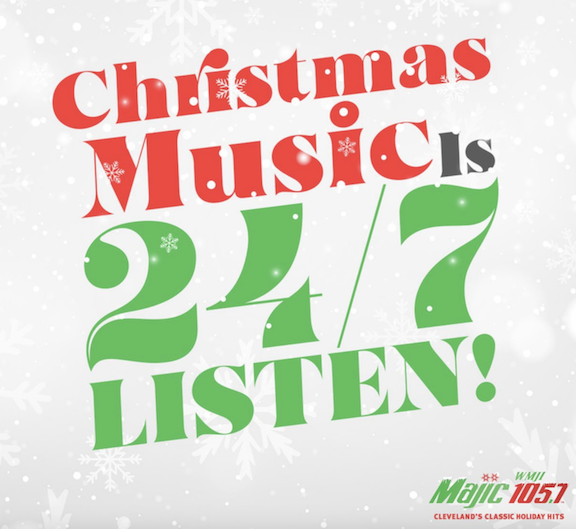 Majic 105.7 FM on Nov. 5 flipped its programming to all Christmas all the time, a day earlier than it made the switch in 2020.

Radio stations across the country have in recent years, and especially in the pandemic year of 2020, have gone yuletide cheers earlier and earlier in the calendar.

It's not only a soothing balm during this hell year for listeners but a lifeboat for some stations that have seen ratings drop precipitously this year with fewer workers in offices and fewer people in cars getting to those offices.

Seventy-nine other IHeartMedia stations joined 105.7 over the weekend.


Radio consultant Lance Venta, who also owns and publishes RadioInsight.com, had already counted more than 50 station flips to holiday music as of earlier this week. “With listenership down so much due to the loss of commutes during the pandemic, stations are looking for anything to boost their ratings during the important fall ratings period,” he said.

In particular, mainstream adult contemporary stations, which frequently play all day in offices, have been hit hard by the disruption in work routines. That’s why Christmas couldn’t come soon enough for stations like KOST.

“Every year when KOST flips to holiday music, we see a point where we double our audience size,” Peake said. “There’s a huge demand for holiday music in Southern California. We like to flip as soon as we can because its ratings advantageous for us — balance that with how soon is too soon.”

How soon is too soon?

"I will not be listening to WMJI," wrote one follower named Barbara.

"I will listen," said Katie.

"Too early for me," said another Barbara. (It seems Barbaras have lots of thoughts on the matter.)

"Way too early...took station off my radio favorites...wont add back till closer to Christmas," wrote a Sandy.

"Sorry to say even though I’m a Avid listener I’m FLIPPING the switch from Majic till the day after Thanksgiving. To early for me for Christmas music !!" said Jane.

"No Thanks, it’s too early to listen to that yet," a third Barbara said, cementing Barbaras Northeast Ohio-wide as being staunchly against Christmas music before Thanksgiving.

"You can still celebrate Thanksgiving even if you listen to Christmas music early," Kaite opined.

Lots to think about there. We'll check back in on the comment section later this week and see what other persuasive arguments have been made.