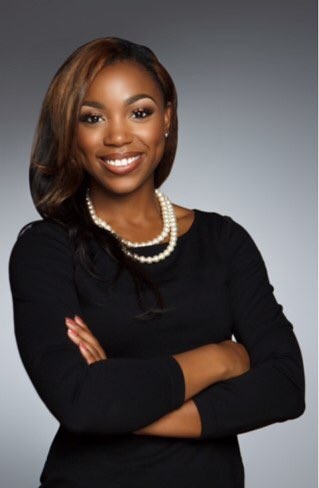 Cavs sideline reporter Angel Gray announced Thursday that she has accepted a full-time position with the global sports behemoth ESPN that she simply couldn't refuse and will be leaving Cleveland to pursue that opportunity.

"My time has come to an end in Cleveland and this is more overwhelming than I could have imagined," she wrote in a note posted to social media. "This city has helped me grow into a better person/reporter and I'll forever be grateful for this chapter of life."

Gray joined the Cavs for the 2018-2019 season, after former sideline reporter Allie Clifton departed for the Los Angeles Lakers shortly after LeBron James. Gray was a collegiate basketball player for the Florida State Seminoles and during the Cavs offseason has provided play-by-play announcing for the WNBA.

In a statement, Bally Sports announced that Angel Gray's final broadcast would be this Saturday's game against the Boston Celtics. Starting Monday, Bally Sports (and the A to Z Podcast's own) Andre Knott will take over sideline reporting duties in an interim capacity.

Gray spoke highly of the current Cavaliers roster and said the NBA has been put on notice. "Thankfully I get to keep my Cavs gear," she wrote, "so I'll be rooting them on from afar."