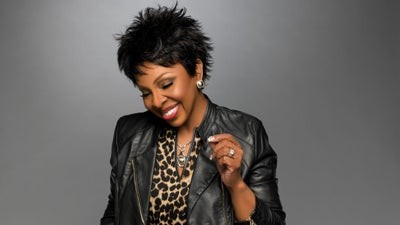 Our weekly picks of the best things to do in Cleveland this weekend. Also check out our full Cleveland event calendar.

Cavaliers vs. Golden State Warriors
The Cavaliers and the Golden State Warriors, two teams that often vied in the NBA Finals, meet tonight for the only time in Cleveland this season. The Warriors are still trying to rebuild a championship team that dropped off after Kevin Durant left and currently have the best record in the league. The game begins at 7:30. Check the Rocket Mortgage FieldHouse website for ticket prices.
One Center Court, 216-420-2000, rocketmortgagefieldhouse.com.

Steve Hoffstetter
Known as much for his writing as for his standup, Steve Hofstetter is more articulate than your typical comic. At one point, he was even a weekly humor columnist for Sports Illustrated. "I started doing standup to pass the time," he has said. "I'm in the small percentage of people who started doing what they love accidentally." A dorky guy who maintains he looks a bit like actor Michael Rapaport with glasses, Hofstetter tours "perpetually." He performs tonight at 7 at the Improv. Check the website for ticket prices.
1148 Main Ave., 216-696-IMPROV, clevelandimprov.com.

FRI 11/19
Christmas Connection
This year’s Christmas Connection marks the return of consumer events at the I-X Center. The show, which starts today and continues through Sunday, will be the first consumer-focused event to take place in the reopened location. There will be crafts, specialty foods, soaps, ornaments, wood creations, jewelry and more. Kids visit and take a picture with Santa, Mrs. Claus and the elves. Check the website, clevelandchristmasconnection.com, for more info.
1 I-X Center Dr., 216-676-6000, ixcenter.com.

Sammy DeLeon Latin Jazz Sextet
A master timbales player, Sammy DeLeon has appeared in New York, Chicago, Miami, San Juan and many points in between. Formerly the musical director of Impacto Nuevo, he's led his own group since 1996. Equally adept in Latin jazz, salsa and merengue, DeLeon is a local treasure. He performs tonight at 8 at Market Garden Brewery. Tickets cost $15, and a vaccine card or PCR test within 72 hours is required.
1947 W. 25th St., 216-621-4000, marketgardenbrewery.com.

KevOnStage
KevOnStage has somehow managed to take issues of faith and family and turn them into fodder for his standup routines. He performs at 6 and 8 tonight and tomorrow night at the Improv. Check the club's website for ticket prices.
Improv Comedy Club & Restaurant, 1148 Main Ave., 216-696-IMPROV, clevelandimprov.com.

Monsters vs. Syracuse Crunch
A two-game series against the Syracuse Crunch concludes tonight when the two teams play each other at Rocket Mortgage FieldHouse at 7. As part of a special Top Gun Tribute Night, the first 10,000 fans to that game will receive a pair of Aviator Sunglasses. Check the Rocket Mortgage FieldHouse website for ticket prices.
One Center Court, 216-420-2000, rocketmortgagefieldhouse.com.

Guy Snowdon and the Citizens
Over the last few years, local singer-bassist Guy Snowdon, a British transplant, wrote a handful of songs that he recorded by himself and posted on his Soundcloud page. When a friend heard them, he suggested Snowdon recruit a band to back him up. Snowdon took the constructive criticism to heart. He's been performing and recording ever since. The Citizens’ debut was in December 2019 at the Beachland Ballroom’s John Lennon Tribute concert and benefit, and the band returns to the venue tonight at 8 to celebrate the release of its new album. Check the venue website for more info.
15711 Waterloo Rd., 216-383-1124, beachlandballroom.com.

The Year of Magical Thinking
An adaptation of Joan Didion's memoir, The Year of Magical Thinking "transforms the story of the sudden and unexpected loss into a stunning and powerful one-woman play," as it's put in a press release. Tonight's performance takes place at 8 p.m. at Kennedy's Cabaret, where performances continue through the weekend. Check the Playhouse Square website for more info and COVID protocols.
1501 Euclid Ave., 216-241-6000, playhousesquare.org.

Bert Kreischer — The Berty Boy Relapse Tour
An observational comic known for often performing while shirtless, Bert Kreischer recently released Hey Big Boy, a concert filmed in Cleveland, on Netflix. Now that he's become a celebrity, expect to hear jokes that refer to his run-ins with fans who tell him to his face that they prefer the comedy of pals such as Joe Rogan and Tom Segura. Kreischer performs at 7 p.m. at Rocket Mortgage FieldHouse. Check the venue's website for ticket prices.
One Center Court, 216-420-2000, rocketmortgagefieldhouse.com.

Kane Brown
This country superstar says he’s pulling out all the stops for his massive arena tour that finds him stopping at each of the NBA’s arenas. Brown, a former athlete himself, is still riding high from the success of his first two chart-topping long players. He’s got a third studio album in the works, but it’s still a work-in-progress, so don’t expect to receive a sneak peak at tonight’s show. Rather, you can expect to hear the hits. The concert begins at 7 at Rocket Mortgage FieldHouse. Check the Rocket Mortgage website for ticket prices.
One Center Court, 216-420-2000, rocketmortgagefieldhouse.com.

Browns vs. Detroit Lions
The Browns get a week today as the lowly Detroit Lions come to FirstEnergy Stadium. The Lions got off to a bad start, losing their first five games. They look like they'll miss the playoffs again this season. The Browns should come out of this with a win. Kickoff is at 1 p.m.; check the Browns website for ticket prices and more info.
100 Alfred Lerner Way, 440-891-5000, clevelandbrowns.com.

Kiry Shabazz
A stand-up from Cleveland who's now based in Los Angeles, Kiry Shabazz won first place at the Rooster T Feathers Comedy Competition. He's also been a World Series of Comedy Satellite Competition winner and was selected for the Laughing Skull Festival. He performs tonight at 7 at Hilarities. Check the club's website for ticket prices.
2035 East Fourth St., 216-241-7425, pickwickandfrolic.com.

Arts District Things To Do in Cleveland This Weekend