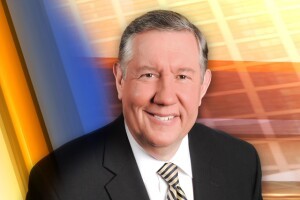 Ron Regan, the longtime chief investigative reporter for WEWS Channel 5, announced Tuesday that he will retire next month after more than 20 years at the local station.

Regan led the "5 on Your Side" investigative unit, and produced a steady stream of TV investigations over his career. Among other prominent stories, he led Channel 5's coverage of both the Anthony Sowell case and the Ariel Castro kidnappings.

Regan, an alumnus of Penn State University, began his distinguished career as a general assignment reporter for the Daily Mail in Charleston, West Virginia, and worked for a number of TV stations across the country before arriving at WEWS in 1999.

One of Cleveland's most well-known and highly regarded broadcast investigative journalists, Regan has collected dozens of regional and national awards, including more than 30 regional Emmys.

"[I am ]filled with gratitude to our viewers we serve, my colleagues that I love and EW Scripps and News5 management for supporting one of the most award winning Investigative Teams in the nation," Regan wrote in his social media announcement.