One Upside of Dr. Oz's Pennsylvania Senate Candidacy? His Show Will No Longer Air on Fox 8 in Cleveland 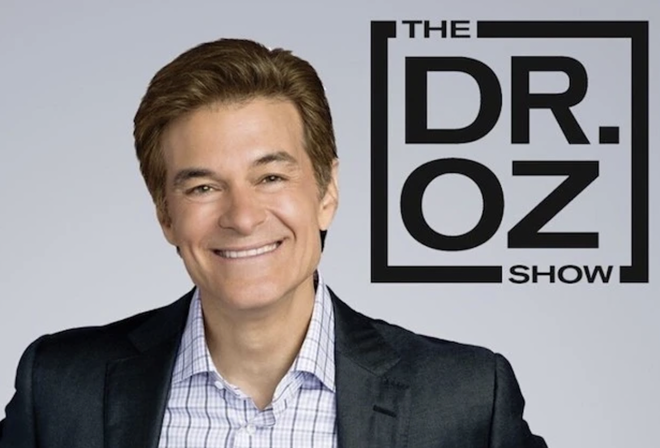 Dr. Oz, the Cleveland native and New Jersey resident who announced this week that he'll be running for Senate in Pennsylvania, will no longer be seen on Fox 8's airwaves as of tomorrow, the station announced.

"As our signal bleeds a little bit into Pennsylvania, we have to replace 'The Dr. Oz Show' on our air effective Thursday."

The FCC's rule on equal time for political candidates on broadcast television stations means airing his show in the state would mean having to give other candidates similar airtime. The show was also pulled from stations in Pennsylvania and New York.

Instead of Dr. Oz, who was thoughtlessly foisted upon an uwitting American public by Oprah Winfrey and who has used his stranglehold on elderly viewers to amass a fortune and more than occasionally spout "false or misleading medical claims," viewers of Fox 8 will instead see reruns of New Day Cleveland until January, when a new show will fill the timeslot.

Oz has been called a "disgrace" to the medical profession. He faces low odds of winning the election.